Jim Baird Wealth Management Casey Veach Wealth Management Tricia Newcomb Wealth Management
Blog 5 min read
Tweets and new tariffs were behind the latest round of market volatility as investors reacted to the latest ratcheting up in the trade dispute with China. However, while downside risks have certainly risen, economic data continues to suggest that the economy is growing and recession appears unlikely in the near-term. For investors, the message is simple: don’t trade the tweets. 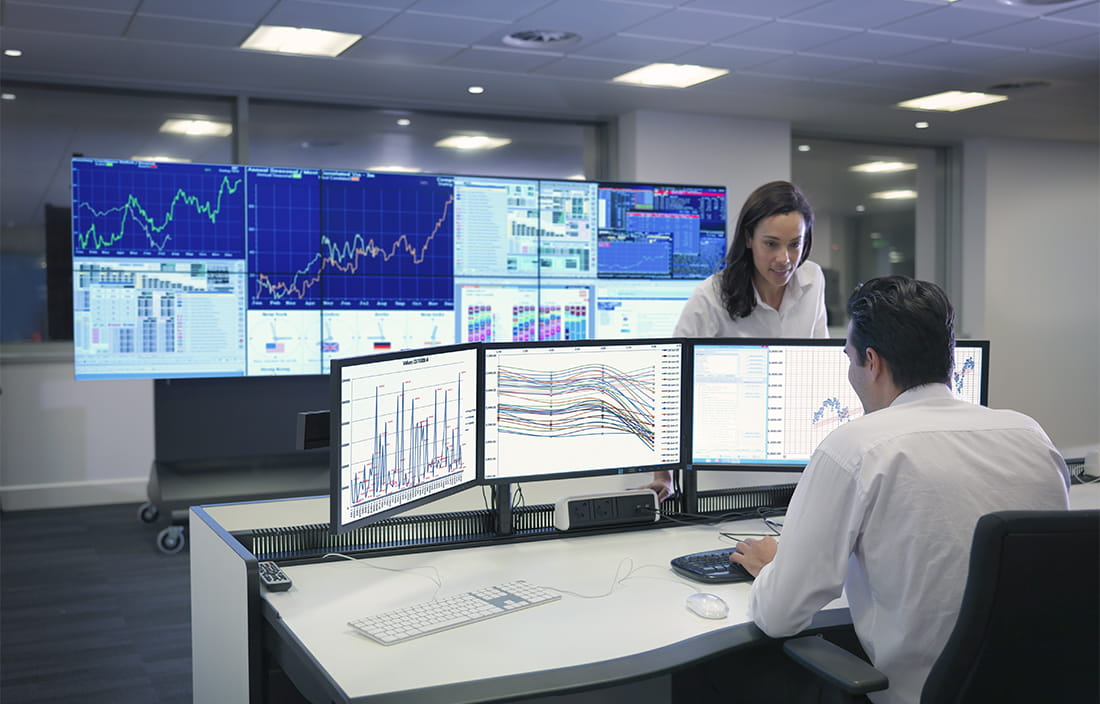 In recent days, tensions have flared up in the ongoing standoff between the United States and China over trade policy. The news flow over the weekend was largely negative, although reports that China was interested in returning to the bargaining table appeared to alleviate some investor anxiety. As of late Sunday night, stock index futures pointed to a sharply lower open on Monday morning. Instead, equities rallied, as the S&P 500 gained 1.1% for the day. That followed the market’s most recent downdraft on Friday when the S&P 500 closed down 2.6% for the day.

As we cautioned in our August 6 special commentary, both sides still appear to be digging in, and it appears unlikely that an agreement will be reached any time soon. That point was reinforced on Friday with China’s announcement of new tariffs on $75B of goods from the U.S., including American-made automobiles and farm products. That move was in response to President Trump’s earlier announcement of tariffs on an additional $300B of Chinese goods and products to take effect in September and December.

President Trump’s initial response came in the form of a series of tweets that chastised both China’s tariff announcement and the Fed, before turning his attention to U.S. businesses operating in China, whom he called upon to explore pulling out of China and returning operations and jobs to the United States. The response from investors was sharply negative, unambiguous, and immediate: equities fell precipitously and continued to decline throughout the remainder of the day.

After the market close, the President doubled down on his strategy, announcing another increase in existing tariffs from 25% to 30% effective October 1, and an increase from 10% to 15% on tariffs scheduled to take effect in two phases on September 1 and December 15.

Has the outlook changed?

As noted in our prior correspondence, the consensus outlook remains for the economy to continue to grow into 2020, but uncertainty has increased, and the downside risks at this point outweigh the probability of an upside surprise. Manufacturing activity has slowed, and consumer sentiment has slipped but remains quite upbeat by historical standards. Layoffs remain low, as does the jobless rate. We believe that baseline view is still intact; however, downside risks have continued to rise.

It’s clear that President Trump believes strongly that the China problem (not just the trade deficit, but also the forced transfer of technology and intellectual property loss from American companies) needs addressing. In an environment of sharp political divide in Washington, it’s an issue that has a reasonable degree of bipartisan support. Still, the risk created by deteriorating trade conditions is growing, and even some who would support the idea of taking on China may not agree with the strategy being employed to do so.

In a certain sense, both sides are playing a game of extremely high stakes poker. The President wants to be able to go back to voters with the ability to claim a win, but he also appears to be committed to forcing meaningful change. Increasingly, it appears that the Chinese may be content to play hardball and try to wait him out, anticipating the potential that he may not be re-elected in 2020. At a minimum, that potential certainly enters into China’s strategy, complicating the Trump Administration’s ability to push for an acceptable deal in the near term.

As noted earlier, the result is two sides that are both digging in, creating a heightened sense of uncertainty, the potential for further headwinds to growth, and raising the cost of a wide range of imported goods; the direct cost for which is predominantly borne by consumers, but also at the expense of both country’s economies.

How does that relate to recent market volatility?

Friday’s selloff was largely driven by one thing: a meaningful, immediate downturn in sentiment. It illustrated perfectly the meaning behind legendary investor Benjamin Graham’s famous quote: “In the short run, the market is a voting machine, but in the long run, it is a weighing machine.” There was no “weighing” that explained the selloff; no GDP report that illustrated a further slowdown in growth, no indication that employers were slashing payrolls, and no tangible evidence of an undesired spike in inflation. In fact, in his speech that morning, Fed Chair Jerome Powell stopped short of suggesting that the Fed was poised to continue to cut rates, stating that the economy “has continued to perform well overall” while acknowledging the current risks. The markets had been pricing in a high probability of another 0.75% in cuts by year-end, and hints that the central bank may not deliver on that could have been received negatively by investors. It wasn’t. Equity markets had little reaction to his comments.

So what happened? As Graham would define it, the market voted; in doing so, investors expressed concern about an increased probability that the economy could slow further in the future. The weighing will continue in the months ahead, but for now, the bulk of economic data suggests that recession isn’t imminent and the economy (while slowing), is still growing. Still, further deterioration in trade conditions has been sufficient to raise investor anxiety.

We don’t know what the near-term outlook for the capital markets holds, and the heightened risk resulting from economic, geopolitical, and trade uncertainty renders near-term forecasting even more difficult. As such, investors should assess their tolerance for risk, liquidity needs, and available resources, and ensure they’re well-positioned to look through any volatility and ride out whatever the market may have in store. Periods of volatility cannot be avoided, but they will undoubtedly pass in time.

What we do know is that market sentiment can change quickly, and trying to make material changes to a portfolio based on short-term volatility is not advisable. Our advice? Don’t trade the tweets.

As always, we’ll continue to monitor developments and evaluate both the risks and opportunities that may be created as a result. If you have questions or concerns, please contact your PMFA relationship manager.