Stephen Eckert Brett Bissonnette Kurt Piwko Michael Monaghan
Article 7 min read
The Treasury and IRS have issued long-anticipated guidance on PPP Loans which accelerates the disallowance of PPP-funded expense deductions in 2020 based on a reasonable expectation of loan forgiveness. 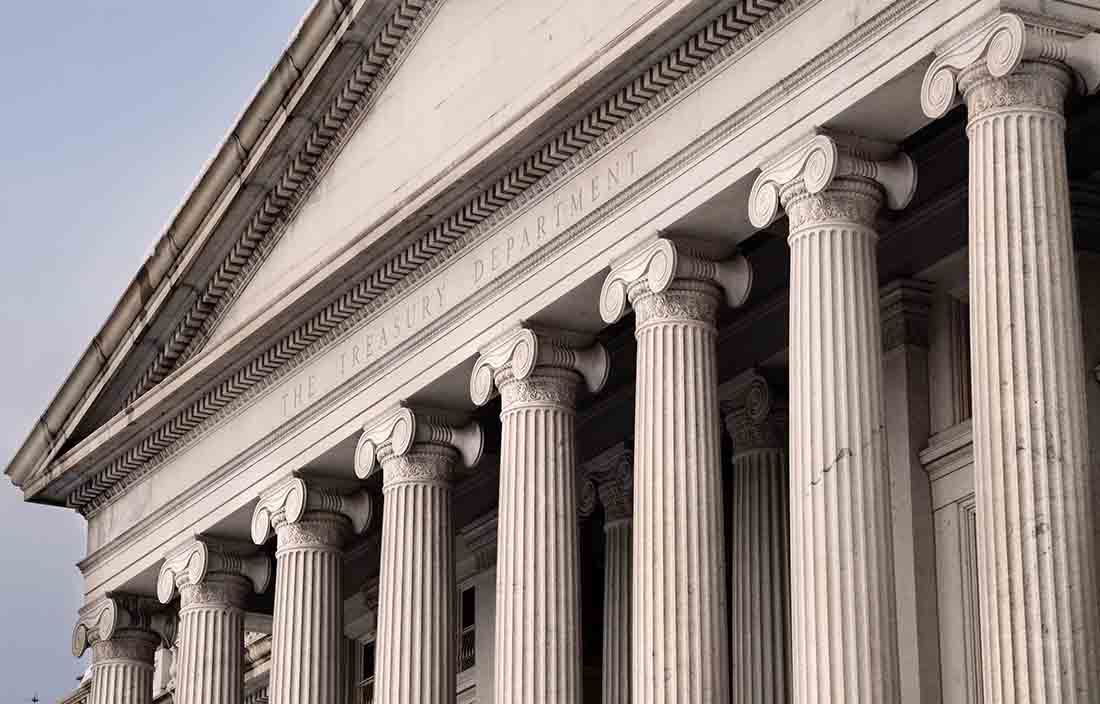 Since the enactment of the Paycheck Protection Program (PPP) in late March, the key tax question has been whether the expenses funded with PPP loans would be deductible and whether loan forgiveness occurring in 2021 would change that answer for any potential deductions in 2020. The Treasury Department and IRS have now issued guidance clarifying these points, concluding that generally no deductions would be permitted in 2020 for expenses funded with PPP loans if the taxpayer reasonably anticipates the loan to be forgiven.

Background on PPP loans and forgiveness

The PPP loan program extended forgivable loans to certain businesses to provide funding in light of the COVID-19 pandemic. Businesses using this program were eligible to apply for loans in an amount based on their payroll costs during a testing period. If those funds are used to pay for payroll costs, benefits, and other allowable expenditures during the covered period, then businesses are eligible to apply to have the loan forgiven. Forgiveness applications have been or will be filed over the coming months, but decisions on loan forgiveness will not occur in most cases until after the end of the year.

Loan forgiveness typically results in taxable income recognition to the borrower, unless a specific exception is available. The CARES Act included specific language confirming that the forgiveness of a PPP loan does not result in the recognition of taxable income to the borrower. However, that legislation did not explicitly address the tax treatment of deductions that are funded with the PPP loan and which are used to support loan forgiveness. On April 30, 2020, the IRS issued Notice 2020-32, which clarified that business expense deductions are disallowed when they are funded by PPP loans that are forgiven. That guidance focused on the expense disallowance question but did not address whether deductions were permitted during 2020 if loan forgiveness did not occur until 2021.

On Nov. 18, 2020, Revenue Ruling 2020-27 and Revenue Procedure 2020-51 were released. That guidance generally disallows deductions in the tax year in which the expenses are paid or incurred if loan forgiveness is reasonably expected to occur at any point. This guidance offers some degree of clarity, but some questions remain.

General rule: Disallowance in the year expenses are incurred if forgiveness is reasonably expected

The revenue ruling outlines a fact pattern where a calendar year taxpayer obtains a PPP loan during 2020, pays qualifying expenses during the year sufficient to support full loan forgiveness, but does not receive a forgiveness decision until 2021. The ruling concludes that, as of the end of the calendar year, loan forgiveness is reasonably expected to occur. Therefore, deductions for the eligible expenses paid during 2020 are disallowed during that tax year. The holding in this ruling establishes the following standard for analysis:

Safe harbor: Restoration of deductions where forgiveness does not occur

Revenue Procedure 2020-51 provides a safe harbor enabling taxpayers to claim expense deductions in 2020 or in 2021 if they originally expect the loan to be forgiven but it does not subsequently occur either because the forgiveness application is denied in full or in part or because the taxpayer simply changed its mind and does not apply for forgiveness. If the deductions are desired in 2020 under these circumstances, they can be claimed on an originally filed 2020 return if these events occur prior to the time the return is filed or they can be claimed on an amended 2020 return (or an administrative adjustment request for partnerships subject to the centralized partnership audit rules). Alternatively, the deductions can be claimed on an originally filed 2021 return.

What does this all mean?

It’s certainly helpful to receive additional guidance in this area since it has been the source of uncertainty for several months. Unfortunately, this guidance may result in a different outcome than some taxpayers had been expecting. After reviewing this guidance, there are a few items that stand out.

The holding in the ruling seems to establish an objective test for determining whether forgiveness is reasonably expected to occur. The analysis in the ruling is determined “on the basis of the expenses paid or accrued during the covered period.” Since a taxpayer will know the amount of the funds borrowed through the PPP loan and how those have been spent prior to the calendar year-end, it seems likely that many calendar taxpayers will fall into that category. That is, the ruling appears to be focused merely on the mathematical formulas that support loan forgiveness and not on any qualitative factors that might go into that determination. This implies that a taxpayer is not permitted to incorporate other factors into their “reasonable expectation” analysis, such as the likelihood that a forgiveness application is denied for any reason.

The examples described in the ruling focus on calendar year taxpayers, but the holding is not specifically limited to calendar years. However, the ruling does not address the fact pattern that many fiscal year taxpayers are facing where either all of the PPP funds have not yet been spent by yearend or where spending or other actions taken after year-end could impact whether the taxpayer is eligible for forgiveness (e.g., laying off employees or reducing compensation). It seems likely that the determination of a reasonable expectation of forgiveness might be different for fiscal years that ended earlier in 2020.

In its analysis of the law, the ruling does discuss the “tax benefit rule” by stating that “if a taxpayer takes a proper deduction and, in a later tax year, an event occurs that is fundamentally inconsistent with the premise on which the previous deduction was based (for example, an unforeseen refund of deducted expenses), the taxpayer must take the deducted amount into income.” The ruling does not apply this concept to the specific facts of the ruling. However, it is possible that the statement is meant to imply that the “tax benefit rule” would otherwise apply if a taxpayer properly claims deductions in one year but a PPP loan is forgiven in a subsequent year.

Coordination with other tax rules

Much of the discussion about PPP-funded deductions has focused on the timing of deductions and the impact on overall taxable income or loss. However, the disallowance of deductions related to eligible expenses has potential ramifications for other tax rules. For example, the denial of wage deductions may impact computations for the qualified business income deduction with respect to eligible W-2 wages, any tax credits that are based on the disallowed deductions might be reduced, and inventory costing may be impacted if the disallowed expenses are otherwise capitalized into inventory, among other concepts. In light of the increased certainty provided by this new guidance, now is a great time for taxpayers to evaluate how any disallowed expenses would interact with all other applicable tax rules.

Representatives from the Treasury Department and IRS previously indicated that they were considering guidance given the many questions that had been raised on this topic. Revenue Ruling 2020-27 and Revenue Procedure 2020-51 are a major step in clarifying the tax treatment of expenses funded with PPP loans. However, it is unclear whether any further guidance will be forthcoming to address the other open questions. Additionally, two key members of the Senate Finance Committee, Chairman Chuck Grassley (R-Iowa) and Ranking Member Ron Wyden (D-Oregon), released a statement disagreeing with the guidance and indicating support for legislative measures to permit taxpayers to deduct all expenditures funded by PPP loans. Despite those public statements, no legislation has advanced that would change the expense disallowance result.

In the interim, taxpayers should determine the appropriate application of this guidance to their situations while keeping in mind any potential future legislative changes. To the extent that estimated tax payments were made under the assumption that these deductions would be permitted, those calculations should be reevaluated, and consideration should be given to making supplemental payments to the extent it may reduce penalties on estimated tax underpayments.