What makes Kevin Van Drunen a great leader? A “get-out-of-your-comfort-zone” leadership style, a willingness to take out the trash, and measuring accomplishments not by how much his team has done, but how much they’ve helped others do. 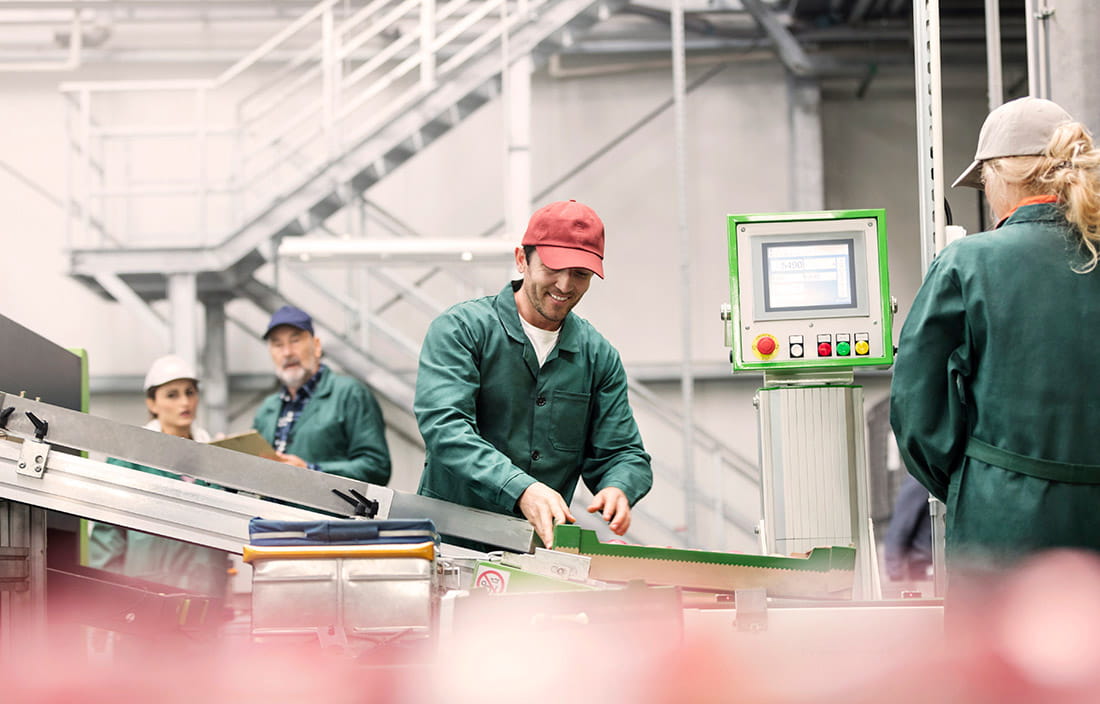 Kevin Van Drunen is a fourth generation farmer and president of his family business, Van Drunen Farms. The family started the businesses in 1856 after immigrating from the Netherlands to Illinois. Under the leadership of Kevin and his brother, Jeff, along with the generations that came before them, Van Drunen has grown to become one of the largest companies for freeze-dried ingredients in the world.

Like with many family businesses, Kevin started young — he can remember taking apart and moving farm equipment and working in the field during school breaks. And his chance to lead the organization started early too, with a lot of on-the-job training.

“Growing up, the business was more farming based, but my brother and I saw an opportunity to expand it,” Kevin said. “Our dad gave us the chance to see what we could make of it. The first step was getting the right education. My brother studied agriculture and food science in college, and I studied agriculture economics. As soon as we completed our degrees, my dad handed over the checkbook and told us it was up to us. When we needed money, he suggested we apply for a loan. This seemed like a lot of responsibility for kids in their early 20s, but it was his way of pushing us — stretching us to our limits so we could live up to our full potential.”

“…my dad handed over the checkbook and told us it was up to us. When we needed money, he suggested we apply for a loan.”

We follow a similar path at Plante Moran. We ask our staff to set yearly goals and then challenge them to exceed them. Our firm believes that if you’re not growing, you’re standing still, and that taking on new challenges to stretch yourself and get out of your comfort zone helps staff realize — sometimes to their surprise — what they’re capable of.

Kevin understands now that this “get out of your comfort zone” approach was his dad’s leadership style — and he admits that it was so effective that he inherited it.

“To be an effective leader, I think you need to give others responsibility,” Kevin says. “I constantly encourage our staff to make the tough decisions and help drive change. We’re not really good at hand-holding around here, so when I look for potential leaders, I’m looking for people who can take accountability and initiative.”

Another attribute to Kevin’s leadership style is humility. One of the Plante Moran partners who works with Van Drunen Farms attended an event the company hosted and observed that Kevin was more hands-on than most executives you’d encounter. In fact, as the garbage from lunch piled up, Kevin casually walked over and took out the trash. It’s clear that no job is beneath him and that the goal is to get the job done, whatever it takes, no egos.

Frank Moran, one of our firm’s founders, was known for sharing a lesson on egos. As the story goes, Frank would ask staff, “What’s the biggest factor that causes leaders to make bad decisions?” Most would respond to this question with, “Not enough information.” “Nah,” Frank would say. “You never have enough information.” “Then what?” staff would ask. “Ego,” Frank would respond. “Bad decisions are almost always caused by putting one’s ego first.”

Well, I can guarantee that ego isn’t something that will slow down Van Drunen Farms. When I mentioned the “taking out the trash” story to Kevin, he dismissed it and said, “Every team member is responsible for the company’s success. There’s no job that I’m above. In fact, I’ve been around long enough that I’ve done most of them at some point and am happy to jump back in if the need arises.”

Kevin says humility is actually something they look for in the people they hire and promote.

“We have a culture centered around providing great products and excellent service to our customers. To achieve this, we need servant leaders who have humility. People who measure their accomplishments not by how much they’ve done, but how much they’ve helped others do. That’s a big key to our success.”

What else did Kevin emphasize during our conversation? Here’s a brief overview.

On the challenges of leadership:

“Over the years I’ve learned that leadership is a continuous process. It’s one that I’ve always enjoyed — but 30 years ago I would have thought it would be a lot easier by now. It’s not — there are just new challenges. To be honest, even after so many years, sometimes I can doubt myself and wonder if I’m really equipped. I have to continuously challenge myself to be a better leader.

“When you run a company, you can get isolated from the day-to-day, and because people don’t like to complain to the leader, it can become more difficult to keep your finger on the pulse of what’s happening. To avoid this, I try to constantly put myself in the shoes of our team members — asking myself, ‘How does this affect them? How will they feel?’ I’ve found that this is a great way to stay grounded.”

On engaging with your team:

“I think it’s important that a team hear directly from their leader — whether it’s talking about a new product, a safety issue, or passing down stories from one generation to the next, a leader needs to be visible and accessible. But it’s easier said than done, and for us, it’s only become more challenging as we’ve grown.

“We used to be able to walk around the floor and talk to everyone. But with more than 800 people and locations around the globe, that just isn’t possible anymore. To help remedy this, we devote three days each quarter to visit every plant during every shift to give a company update. I won’t lie, it can be grueling, but we think it’s important for the future success of our business.”

Your leadership approach in one word: Servant

The leadership quality you most admire in others: Empathy

Your best piece of business advice: Don't get complacent

What you look for when you hire: Humility, integrity, self-motivation

To be an effective leader, you cannot… stop learning, changing, and growing.