Lloyd Athearn, executive director of the Colorado Fourteeners Initiative, says that when failure isn’t an option, you must channel your “inner MacGyver” to overcome obstacles. 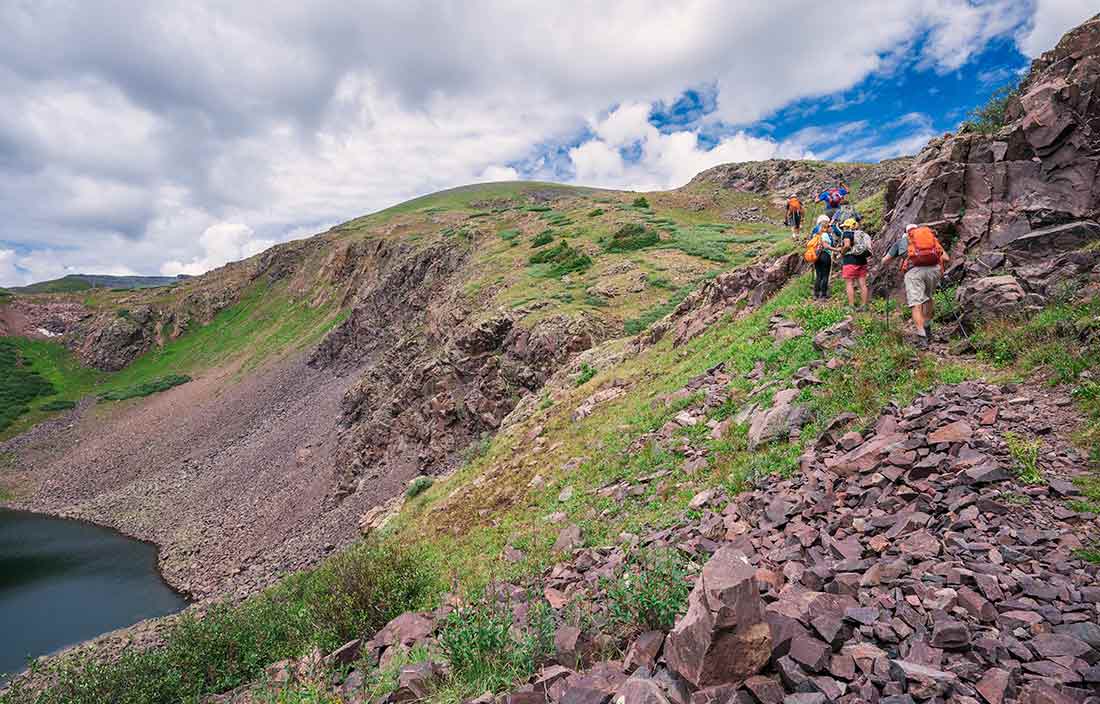 To celebrate Plante Moran’s recent expansion into the Rocky Mountain region, we hosted a contest asking people to vote for the Colorado nonprofit they felt should receive a monetary donation from Plante Moran. The Colorado Fourteeners Initiative (CFI) won the $15,000 grand prize by bringing in more than 10,000 votes in just six weeks.

I was really impressed by the way this organization rallied their supporters, so I reached out to Lloyd Athearn, CFI’s executive director, to learn more about the organization and Lloyd’s role as its leader. (I should also mention that I’m an avid outdoorsman and, having hiked a few mountains in my day, this conversation was particularly interesting to me.)

CFI’s mission is to protect and preserve the natural integrity of Colorado’s 54 14,000-foot peaks. (Mountain enthusiasts refer to these as the “Fourteeners.”) They do this by building sustainable hiking routes, restoring trampled and eroded areas, and educating hikers on “Leave No Trace” principles. And in addition to preserving the beautiful landscape, they’re creating better and safer access for people like me to see some pretty incredible sights.

Early on in my conversation with Lloyd, it became clear that he’s a strategic thinker who sees the big picture and has a real passion for his work. This combination makes him an incredible leader. In fact, when Lloyd joined CFI 10 years ago, it was on the brink of collapse. Lloyd led a dramatic turnaround by diversifying, increasing individual giving more than fivefold, tripling total revenue, and tripling seasonal field staff. I’ve seen a lot of turnarounds in my career, but I was fascinated by how Lloyd described his approach to this one.

Even if the situation is grim, leaders can see a way out and show others their plan to get there.

“I’ve never really read business books. Instead, I grew up on a staple of adventure narratives and expedition reports,” Lloyd said. “In this context, if you want to survive, failure isn’t an option. You have to use whatever skills and resources you have to overcome the obstacles in front of you. You also have to convey to those around you that, even if the situation is grim, you can see a way out and have a plan to get there. This was how I approached things when I came to CFI.”

Lloyd also says that a good leader understands the strengths of each individual on the team and knows that, at times, you have to step back and allow others to lead.“I’m good with the big picture and the budget, but I know nothing about field work. That’s why I’ve hired some really smart and talented technical trail-builders and, a lot of times, when we’re in the fields, I need to step back and let them take the reins while I haul rocks — because that’s the most helpful thing I can do.”

At Plante Moran, we call this highest and best use, and we consider it in every project we take on. Are we giving people the right responsibilities? Do they get opportunities to use their talents and do the things they’re really good at? Are we giving them support where they need help or where they’re getting bogged down? After all, one of our jobs as leaders is “hauling rocks out of the way” and paving a path for new leaders to grow. That’s how successful organizations stay that way.

What else did Lloyd emphasize during our conversation? Here are a few additional points:

“We value every single donor we have and do our best to engage with them often, regardless of how much they give. Unless someone makes a donation anonymously, all donors receive a hand written thank-you letter referencing how long they’ve donated, an increased gift, and any connection I may have with them. A few years ago, a donor made a $25 gift. While it wasn’t enough to take us up a mountain, it got us a few steps further. That donor’s support made them part of our team, and we made sure they knew it — and the gifts kept coming and growing. Then, last year, they wrote us a check for $10,000. While some might say that earns them “big donor” status, we’ve been treating them that way all along — which probably helps explain the big check.”

On creating an advocate vs. making an enemy:

“Hikers don’t always understand the native alpine ecosystems, but there’s a good chance they love the scenery and thrive on the adventure the mountains provide. So when they unknowingly trample through a field of flowers that have a seven-year life cycle, I repress the urge to scream and, instead, feel good about the opportunity to help another person understand. I’ve found that I get a lot further if I assume everyone’s a natural supporter and treat mistakes like learning opportunities.”

“The team only moves as fast as its slowest member. If someone in the group is struggling, others need to feel empowered to step forward and carry the extra load. And when it comes to decision making, every team member should have the opportunity to contribute and be heard. While ultimate responsibility lies with the leader, a decision is always better when it’s informed by the opinions of the rest of the team.”

Your leadership approach in one word: Transparent

The leadership quality you most admire in others: Integrity

Your best piece of business advice: Treat every client like the client you want them to become.

What you look for when you hire: Self-reliance, honesty, persistence, and passion for the cause. And given the nature of our work, we also look for people who are high on the “MacGyver scale.” If someone can’t solve a complex problem with duct tape, a few found objects, and a lot of ingenuity, then they’re probably not the right fit.

To be an effective leader, you cannot… treat people differently than you would want to be treated.