Just before the holidays, the House and Senate passed the Consolidated Appropriations Act, 2020. This year-end spending package includes various tax provisions, extenders, and retirement plan changes. Here’s what you need to know. 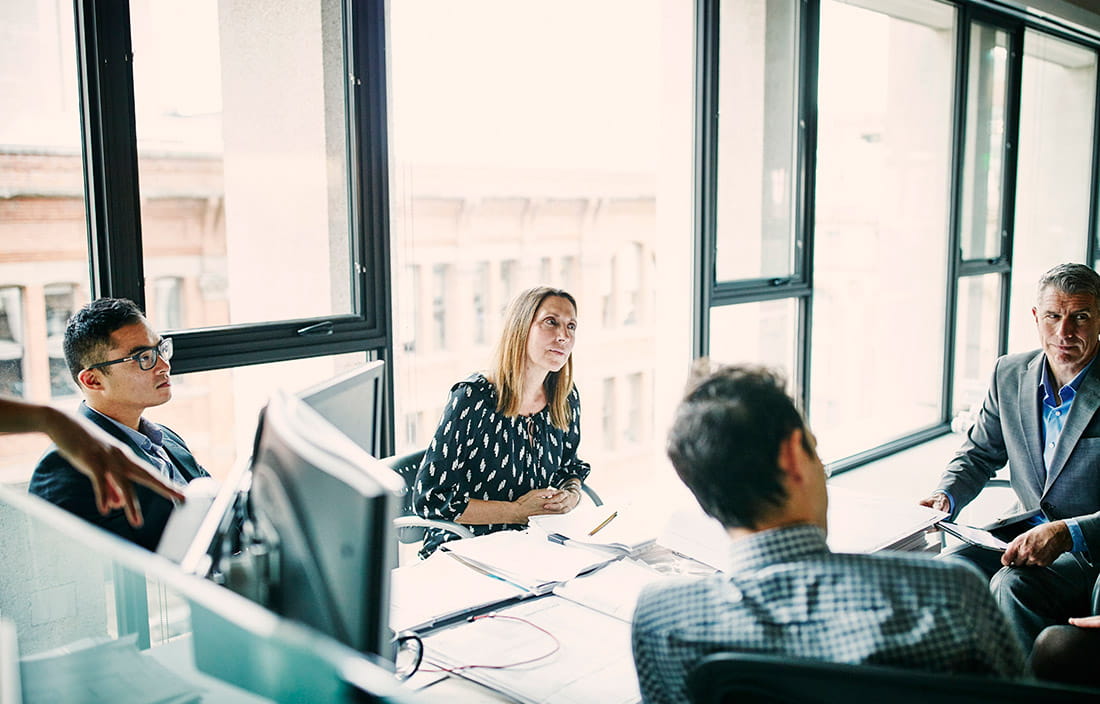 The bulk of the bill lays out how the government will appropriate federal budget monies across various departments and programs. However, as often happens with year-end appropriations bills as a deadline looms, they become Christmas-tree bills, with various amendments hung on like ornaments. The 2020 appropriations bill became just that, with numerous provisions added before being passed by the House. Several of these provisions relate to taxes.

A number of notable items did not make it into the bill, including the retail glitch fix and other technical corrections of the Tax Cuts and Jobs Act of 2017

The most broadly applicable tax law changes in the Act are the so-called tax extenders. These business and individual taxpayer-friendly provisions have a long history. Historically, the provisions have only been extended two years at a time, in some cases stretching back for 20 years. Over time, some have been made permanent, and the remainder were almost allowed to entirely expire after the TCJA. However, the Bipartisan Budget Act of 2018, signed into law in February 2018, retroactively extended all of the provisions through the 2017 tax year. Many lawmakers promised they would work on making them permanent, while others promised they would allow them to finally expire.

All of 2018 and nearly all of 2019 passed with no action to extend the provisions. However, the Consolidated Appropriations Act, 2020, resurrects almost all of the expired provisions, making them retroactively effective for 2018 and extending them through the end of 2020.

The more well-known extenders affect individuals. These include the reduction in the adjusted gross income (AGI) floor for medical and dental expense deductions from 10 to 7.5%, the above-the-line deduction for tuition and fees, the treatment of mortgage insurance premiums (PMI) as deductible qualified residence interest, and the exclusion of forgiven qualified principal residence indebtedness from gross income.

A number of business incentives are also included among the extended provisions. Most relate to the recovery or expensing of business investments. The classification of certain racehorses as three-year property, the allowance of a seven-year recovery period for motorsports entertainment complexes, and accelerated depreciation for business property on an Indian reservation are all extended through 2020. Also, the provision of special expensing rules for film, television, and live theatrical performances are all extended through 2020, retroactive to 2018. Additionally, the new markets tax credit and the incentives for investments in empowerment zones, both intended to spur investment in economically depressed areas, are extended through 2020. The new markets tax credit was not scheduled to expire until the end of 2019, so only the empowerment zone incentives needed to be retroactively extended.

The bulk of the extended provisions relate to expired energy credits. A handful of credits requiring regular extension, notably the carbon dioxide sequestration credit and the credit for energy production from certain solar, fuel cell, or wind property, were previously extended beyond 2020 by the Bipartisan Budget Act of 2018. However, other energy credits expired after 2017. The Act extends most of those credits, including the credits for nonbusiness energy property, qualified fuel cell vehicles, alternative fuel vehicle refueling property, and energy-efficient commercial buildings, through 2020. It extends incentives for biodiesel and renewable diesel through 2022. All are retroactively extended to 2018.

Not only did the TCJA do little to clear up the biannual uncertainty of tax extenders, it added new provisions that were scheduled to expire after 2019. However, the Act extends through 2020 the credit for employers providing paid family and medical leave, the look-thru rule for controlled foreign corporations, and several provisions meant to incentivize the production of beer, wine, and distilled spirits.

The Act also includes the SECURE Act, which was initially passed by the house as H.R. 1994 in May 2019 with broad bipartisan support, but stalled upon reaching the Senate.

Changes in the Act for IRAs include:

The most significant 401(k) changes include:

Other changes for individuals

Other individual savings changes include:

Small employers are now able to more easily band together to participate in pooled multiple-employer plans (MEPs). Additionally, employers are encouraged to steer employees towards lifetime annuities. Other changes include:

A number of administrative changes were adopted that will provide additional flexibility for employees and reduced costs for employer sponsors, such as:

The Consolidated Appropriations Act, 2020 also includes disaster tax relief for federally declared disaster areas generally during 2018 and 2019. The relief includes the forgiveness of early-withdrawal penalties under Code Sec. 72(t) for qualified disaster distributions, the recontribution of amounts withdrawn for home purchases, and an increase in the amount of loans from qualified plans. An employee retention credit is also allowed for employers in affected areas, as well as special casualty loss rules for affected individuals.

The package of disaster tax relief is essentially the same as is regularly provided in the wake of major disasters like hurricanes or wildfires. However, unlike the disaster-by-disaster approach that’s typically taken, this relief applies to all declared disasters during the period beginning Jan. 1, 2018, and ending 30 days after the date of enactment of the Act, except for the California wildfire disaster area, for which relief was already provided in the Bipartisan Budget Act of 2018.

The Act contains of number of other changes impacting taxes imposed by the Affordable Care Act (ACA) and fixes to the TCJA.

The Act also repeals the fee on health insurance providers. Moratoriums and suspensions of the fee have been in effect for 2017 and 2019, but the fee was scheduled to apply in 2020.

The Act includes several “fixes” to TCJA provisions. First, the application of the estates and trusts tax rate to certain unearned income of children (the “kiddie tax”) has been reverted to the prior use of the parents’ tax rate for tax years beginning after 2019. The change, although meant to simplify the application of the kiddie tax, had the unintended consequence of increasing the tax on the unearned income, such as military death benefits, of children in low-income families.

The Act also eliminates the notorious “church parking tax,” an unintended consequence of the TCJA’s attempt to treat the employee fringe benefits of C corporations and tax-exempt entities in the same manner. This had the effect of requiring church employees to pay tax on reserved parking spaces. The IRS attempted to rectify the issue through regulatory guidance, but Congress determined to just eliminate the “tax” entirely.

Notably, the Act doesn’t include a fix for the so-called retail glitch, an oversight that left leasehold improvement property outside the category of 15-year recovery property for depreciation purposes, leaving it in the 39-year recovery category. More significantly, this oversight eliminates such property from qualifying 100%-bonus depreciation, which means improvements must be recovered over 40 years instead of being expensed in the year incurred.

©2019 CCH Incorporated and its affiliates. All rights reserved. 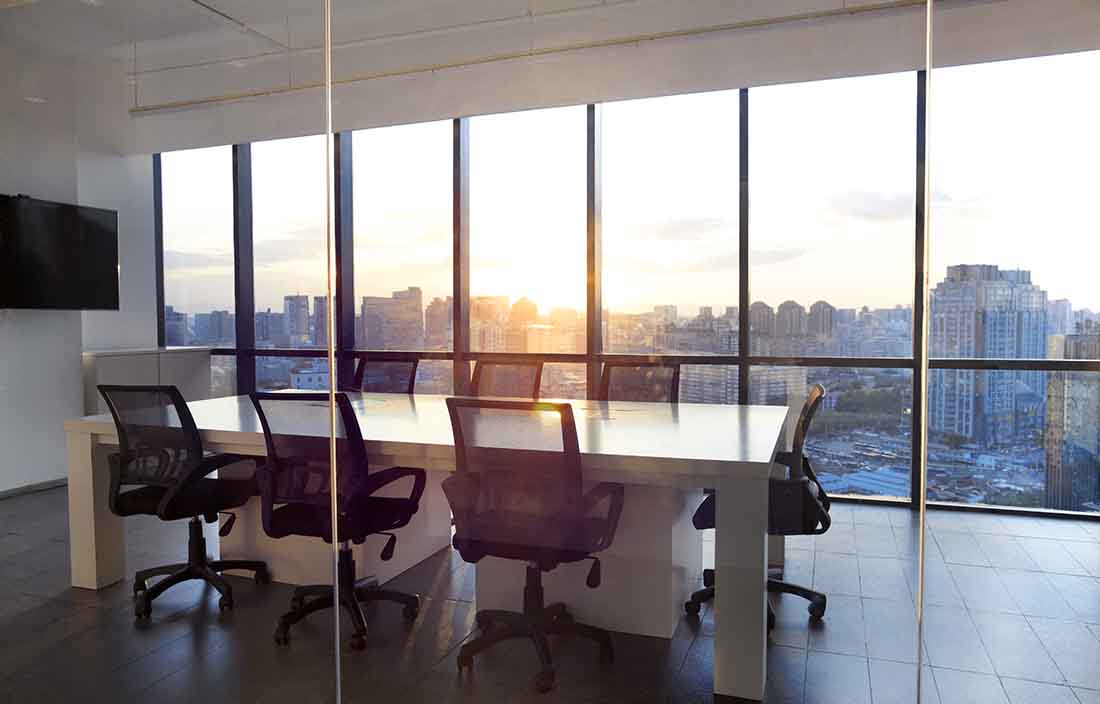