Jeni Britton Bauer provides a master class for entrepreneurs starting a new business or leaders of organizations in transition. Her message? Try new things, learn from your mistakes, get up and try again, and most importantly — lead with humility.

Jeni Britton Bauer started her first ice cream store, “Scream,” in North Market, a public market in Columbus, in 1996. As a student out of art school, her first attempt at business didn’t work out because, as Jeni puts it, she “thought like an artist,” not like a customer-centered businessperson.

“I made whatever flavors I wanted to based on whatever was in the market, whatever I was feeling, and whatever pop culture was inspiring me,” she remembers. “I thought customers would come down and pick up something from that day’s lineup and be happy.”

But the business didn’t work out, and she closed it. Months later, while shopping at her favorite bakery, she felt deep disappointment when they didn’t have an item she went there for. And at that moment she realized her mistake with Scream: “People would come in for whatever they had last time and loved, but we wouldn’t have it. It was a constant disappointment for our customers.”

Jeni came to realize the special place that a cherished product can have in people’s lives, and when it comes to ice cream, things quickly get personal.

Jeni came to realize the special place that a cherished product can have in people’s lives, and when it comes to ice cream, things quickly get personal.

“Anytime we go to an ice cream shop, we’re trying to get to know whoever we’re there with and share a little bit of ourselves. We want to tell someone why we chose a particular flavor and how long we’ve loved it. It’s not just ice cream; we’re getting to know each other and we’re having this moment together.”

Fresh with these insights, Jeni launched Jeni’s Splendid Ice Creams in 2002. She organized her store around two ice cream cabinets: one with core signature flavors, and the other one for testing new ideas.

“With my ‘exploration’ cabinet, I could use my creativity to tell stories through ice cream, connect people through ice cream, talk about seasonality and the produce, and work with farmers. If people fell in love with what was in there, I’d take the lowest selling one out of the signature cabinet and replace it with a new, popular flavor. But I would commit to always having the signature flavors for some period of time. I had to have them — they were the brand.”

Having discovered her recipe for success, Jeni’s business grew steadily. Twenty years later, it has 1,500 staff members, stores in 16 cities, and the company provides ice cream to about 4,000 groceries nationwide, including Whole Foods. Jeni’s also sells ice cream online and — as our staff will attest — will deliver rock-solid ice cream in a bright orange box to any doorstep in the United States.

Earlier this year, we gifted our more than 3,000 U.S. staff in 39 states over 9,000 pints of Jeni’s ice cream. Prior to the pandemic, we’d sponsor staff socials where an ice cream truck visited offices and dispensed free ice cream as a way to thank and connect with staff. We found ourselves reminiscing about those moments around the ice cream truck and wanted to do something that would instill a feeling of normalcy among us: enter Jeni’s ice cream.

It quickly became the number-one topic of conversation at the firm. Staff meetings and internal discussion forums were soon filled with stories about the orange boxes arriving, skeptics rushing to see whether the ice cream was still frozen (it was!), and families sharing the wonderful ice cream together. It was the perfect way to bring our teams together at a time when we were apart.

Speaking of teams, a strong team spirit is also a distinguishing feature at Jeni’s. She says people want to work in an environment that feels good, where the work feels good, and where people feel aligned with the company’s mission.

People want to work in an environment that feels good, where the work feels good, and where people feel aligned with the company’s mission.

“They don’t need things like ping pong tables and scooters. People want to come to work and feel connected to the work. For example, their job can be logistics, but they want to know how they fit into the mosaic of making this incredible ice cream.” In short, they want to feel connected to Jeni’s mission: “To make better ice creams and bring people together.”

Which made me wonder: Why strive to be “better” and not “best?”

Because, according to Jeni, the word “better” is so much better than “best.”

“Making the best ice cream is actually really easy,” she says. “All you have to do is go find what’s best now and change one thing about it. Whereas ‘better’ never quits. It’s always active, it’s always changing. Your best competitor is what you did yesterday. So what are you going to do today? How are you showing up now? So ‘better’ is just this constant movement forward — it’s fun to us.”

So after 25 years of being in business, what does Jeni know today that she wishes she knew when she started?

“If I were going to go back and tell myself something I would say, ‘Trust your instincts.’ You may not be right 100% of the time, but they’ll get you where you need to go.”

She also reminds herself to beware of the pitfalls of success.

“I’m a believer that your successes can actually blind you. You don’t really learn from them; they can hold you back because you’re tempted to keep repeating what you did. It’s your failures that actually move you forward the most.

“The challenge is to keep trying things — keep finding those ideas — keep pulling in input until you get an idea, and then create a vision and do it.”

On the role of a leader:

“Everyone in business is in the business of predicting the future. A leader is someone who sees the future and becomes the future as you bring everyone into it. There’s an inner ‘go’ that makes you excited about where you’re going — both as a team leader and as a company.”

“The days of command-and-control style of leading are over. It doesn’t work with the new generations. Today, everybody wants to be plugged in and connected and know how they fit into an organization. It’s so important to be an open leader who people trust.”

“My favorite is Brown Butter Almond Brittle. It was inspired by Roald Dahl, author of Charlie and the Chocolate Factory, who wrote about his favorite krokan ice cream when he was a kid in Norway. His writing is what inspired Brown Butter Almond Brittle, and I’ve been told by many Norwegian Americans that’s it’s very authentic and tastes like the original. It’s a beautiful flavor, and I love it.”

Your leadership approach in one word: Visionary

The leadership quality you most admire in others: Trust

Your best piece of business advice: You've earned your instinct over time and through experience, so trust it.

What you look for when you hire: Talent, hustle, guts, and heart.

To be an effective leader, you can't: Ever manipulate people. 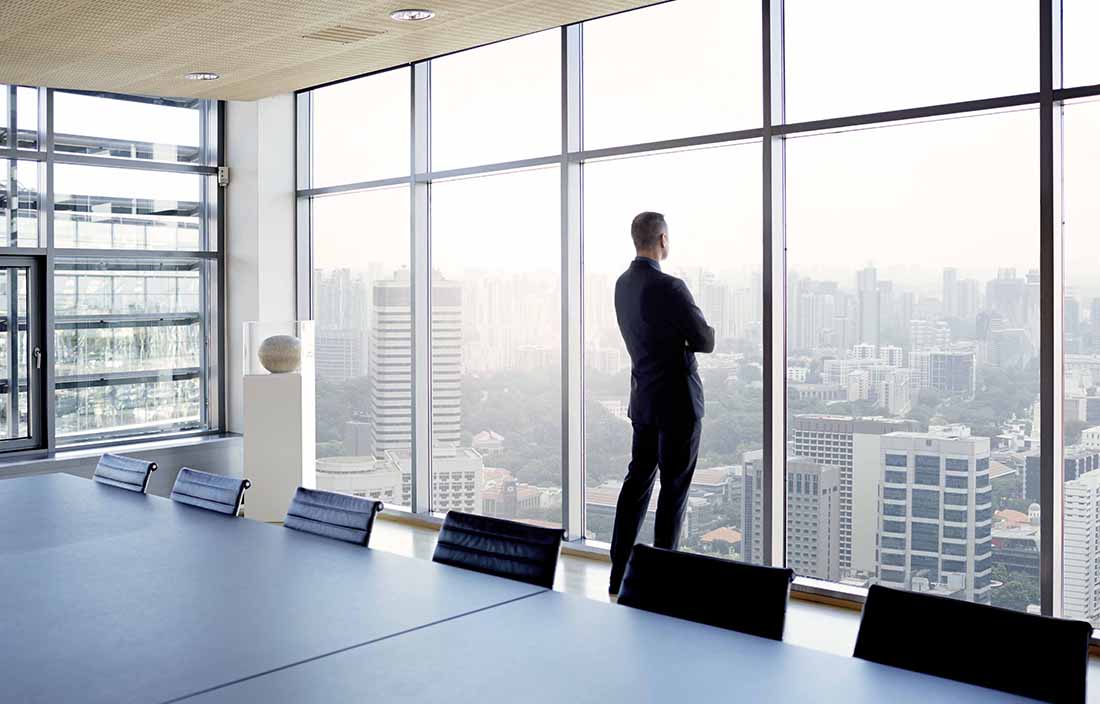